The Color of Money

Text of the Pulitzer-winning articles 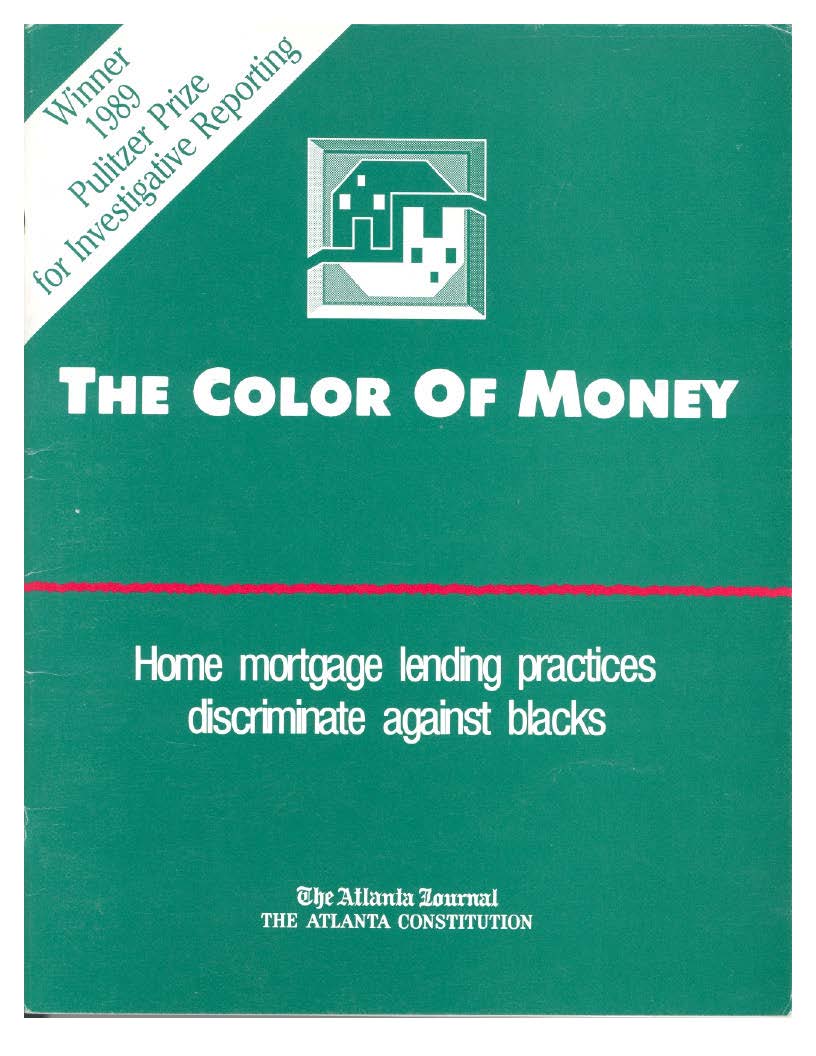 This page links to the text of "The Color of Money," a series of articles on lenders avoiding middle-income black neighborhoods.

Bill Dedman received the Pulitzer Prize in investigative reporting in 1989 for researching and writing these articles.

The Color of Money was an influential early example of the power of using computers to gather and analyze public records, combined with shoe-leather reporting to demonstrate how a segregated mortgage market was maintained. The Color of Money led to expanded federal laws on disclosure of loan data, new financing for middle-income homebuyers, and greater awareness of systemic discrimination.

The first series, published May 1-4, 1988, disclosed that Atlanta's banks and savings and loan institutions, although they had made loans for years in even the poorest white neighborhoods of Atlanta, did not lend in middle-class or more affluent black neighborhoods. The focus moved to lenders across the nation with Dedman's January 1989 article, "Blacks turned down for home loans from S&Ls twice as often as whites."

As a result of The Color of Money, Congress expanded the federal Home Mortgage Disclosure Act to provide more information to the public on the pattern of activity by all mortgage lenders.

The U.S. Justice Department responded to The Color of Money by focusing greater attention on unequal lending, suing a large savings and loan association in United States v. Decatur Federal Savings & Loan. In the first mortgage lending case in the United States, the federal government alleged that Decatur Federal applied stricter underwriting standards to African-American applicants than to white applicants and devised ways to avoid dealing with African-Americans. In a consent decree, the bank agreed to pay $1 million to compensate 48 victims of discrimination and to take a series of corrective measures to ensure compliance with federal fair lending laws.

Along with responses from government, Atlanta's largest banks agreed to lend $65 million at low rates to moderate-income borrowers, particularly on the city's black Southside.

The articles are reprinted here with permission from The Atlanta Journal and The Atlanta Constitution. You can also download a PDF version of the original articles and photographs (12MB file). The PDF file has the benefit of including Doug Marlette's cartoons. Just click on any of the images on this page. 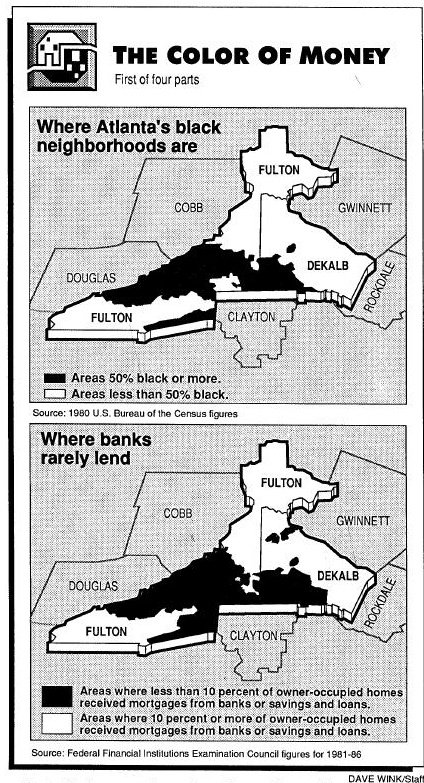 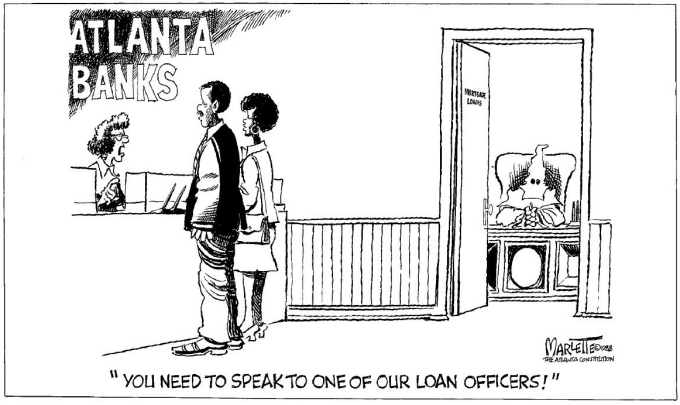 For a PDF version of the original articles and photographs, click on Doug Marlette's cartoon. (And remember that Doug's cartoon ran on the editorial page, not in the news columns.)

This site was engineered with Microsoft Notepad.